Leading up to the 2018 Super Bowl last February, the organizers set a lofty goal: Host the first “zero waste” Super Bowl ever. Specifically, their aim was to recover around 90% of the waste they typically generate on game day (which averages around 40 tons). “But,” you may be thinking, “reducing waste is hard enough at home – it must be impossible at a sporting event that sees 100,000+ ticketholders!” Read on and find out how it played out.

It started with some pre-planning:

After a post-sort to fix attendee mistakes, Super Bowl partners reported that they had successfully recovered, reused, or recycled 91% of the event waste.

If the world’s single largest sporting event could do it, we wondered, what other large events have had success reducing waste — and what could we learn from them?

U.S. Olympic Track and Field Trials at University of Oregon

Over 200,000 fans attended this 10-day event, hosted by the University of Oregon in 2012. The team of organizing partners (including the UO athletics department, the city of Eugene, facilities and transportation departments, and more) set out a plan to manage energy use and reduce waste. At the event:

The Commonwealth Games in Glasgow

Glasgow, Scotland, hosted Commonwealth Games, a competition between 71 teams from around the world, in 2014. The event organizers worked with Zero Waste Scotland, an organization established to help the country meet its 2025 waste reduction and recycling goals, to improve sustainability and reduce waste. According to Zero Waste Scotland’s report:

This four-day festival draws up to 80,000 people into tiny Manchester, Tennessee (pop. 10,617). Since the town lacked infrastructure to support eight times its population, Bonnaroo organizers knew they would need to be largely self-sustained—and sustainable. According to their sustainability report from 2017, the event diverted 55% of waste (301.36 tons) from landfills. At the event:

At the US Open in 2008, the US Tennis Association (USTA) was able to keep 85 tons of valuable materials from being wasted, thanks in part to a new recycling program, supported by Evian, that brought 80 new recycling receptacles onto the event grounds. They continued to expand their efforts in 2011, keeping more than 200 tons of waste out of the landfill. At the event:

A band’s rider—a list of items the event organizer must provide—typically includes bottles of alcohol, food, and other creature comforts that performers want backstage. Jack and his wife, Kim, have become well-known for using their riders to get concert venues to reduce waste. As a result from the riders:

The takeaway: What can you do?

Reuse. Reuse! Did we mention reuse?

Whether it’s the items and equipment you’re using, or the swag items you are giving away, keep reuse in mind first. Not creating waste is the best way to prevent air pollution and greenhouse gas emissions, and reduce your impact on the landfill.

The 2011 US Open donated 20,000 pounds of food to local communities, and the 2017 Bonnaroo Music & Arts Festival donated 23 tons of leftover food to the Grundy County Food bank. Donating leftover food should always be your first option if you can make it work. Learn How to Donate Leftovers in Vermont.

Use “ambassadors” and clear signage

Clear signs that show exactly what needs to go where are essential for a successful collection station. Even better is having ambassadors close by to help people make the right choice. Learn more about requesting Waste Warrior volunteers at your Chittenden County event.

Bonnaroo featured some interesting ideas, like charging $1 on every ticket sold to help with sustainability efforts, and providing a Learning Garden to teach attendees how to garden on their own. Get your creative juices flowing and think of some fun ways to engage event attendees in sustainable practices — even after the event.

Has this list inspired you with ideas on how you can keep as much of your event out of the landfill as possible? Contact our Event Outreach Coordinator for personalized assistance to develop strategies, make the sorting process easier, and create a sustainable waste management plan for your event. 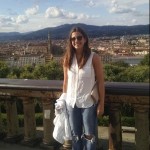