Home › The CSWD Blog › Recycling › For students in Milton, sorting school trash is a rite of passage 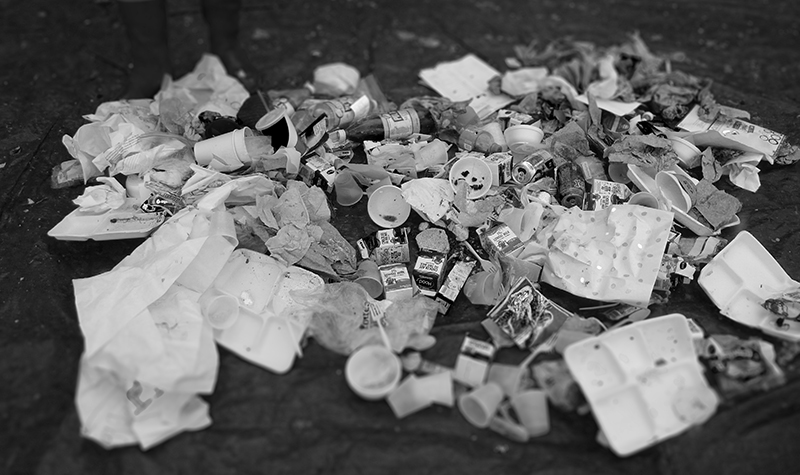 On a balmy spring day in the middle of May, a group of students gathered excitedly on the lawn at Milton High School. Though they were standing just a stone’s throw away from Duke’s Creemees, no one made a move for the Moose Tracks. Instead, they donned rubber gloves…and promptly dumped an entire day’s worth of their own waste onto the lawn.

No, this wasn’t a case of disgruntled student vandalism. These model citizens were participating in what has become something of a tradition at Milton High School (MHS): Their school’s annual trash audit.

During a trash audit, also known as a Trash On the Lawn Day (TOLD), trash bags are pulled from classrooms, offices, kitchens, and cafeterias and ripped open. The contents are sorted into three categories:

The team weighs and measures each material, and their school’s sorting performance is compared to previous years. While TOLDers are always hoping to see an improvement, the exercise is also a valuable opportunity to identify problem areas or materials, and educate their fellow classmates about proper disposal & recycling.

Rhonda Mace, School Outreach Coordinator for CSWD, was on hand to witness and assist with the event. “The students were troopers and deserve recognition for getting the job done! And a huge thank you to the custodians who collected and stored the trash, recycling, and food scraps.”

While over one third of the MHS trash contained food scraps by weight (food is typically the heaviest item found in the trash), this was an impressive result—a 39% decrease from 2016!

And just as successes are celebrated, areas for progress are also identified. The school, which does compost food scraps collected in the cafeteria (yay!), hasn’t yet outfitted classrooms and other areas of the school with a food scrap collection system.

The largest improvement they found was a drop in trashed recyclables: 51% less recycling in the trash compared with last year, and much of the recycling was actually unrinsed, dirty containers. If students and staff don’t have the means to rinse out the containers, then they are often discarded as trash (as they should be).

Not to be outdone, the amazing 5th grade Green Team at Milton Elementary School (MES)—also directed by Brooke Gannon—convened the next day for their own TOLD. The Green Team students led the charge in sorting 107 pounds of trash (that is, the stuff that people put in the trash cans) into multiple categories to determine what is being thrown ‘away’ at MES and where improvements are needed.

Since MES started conducting TOLDs 3 years ago, they have slashed their trash, and made huge leaps in sorting.

Trash On the Lawn Day gives a snapshot of your materials management system but a single sort is not statistically meaningful: The more data collected over the years, the more accurate and valuable the results.

Continuing to monitor the trash, recycling and compost systems at your school through hosting an annual waste sort allows for opportunities to improve your sorting abilities and potentially save you money as demonstrated by the results of the 2017 TOLDs in Milton.

The amount of recoverable resources, like recyclables and food scraps, being landfilled from Milton High and Milton Elementary schools has decreased over the past 2-3 years; keep up the great work! That doesn’t mean there isn’t room for improvement—but Milton is well on their way to success.

Special thanks go out to the Green Team and Brooke Gannon’s dedication to greening up Milton school’s over the past 3 years! 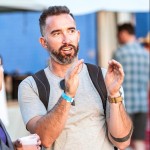